On a moonlit night, walking along in synthesis with the waves in constant locomotion, I watched the stars glimmering and thought about all the things that happened to me in the past few days. A week filled with emotional cataclysm and unfathomable overflow of feelings. A heavy sigh skipped my mouth. I closed my eyes, listened to the swishing waves battling on the shore. I caught a few scratches of conversation from families camping on the beach as I walked past them. I stopped and walked closer to the sea, lifted my skirt and forwarded my bare feet to feel the chilled water. I stood there for about fifteen minutes, holding my sandals with one hand and lifting my skirt with the other. Forelocks bothered my sight. The atmosphere was serene, almost heavenly. I glanced at the moon, now shadowing itself under some black clouds. The little mind I have was juggling with numerous routes of thoughts. Confused of which route to undertake, I left it on my instinct to decide. Memories of the past days fuelled my mind again and as always, I felt a strange unexplained soreness in my heart. Memories that kept me smiling out of nowhere, for no logical reason, I knew that I could not control its flow and I did not even try controlling them. I sensed a few drops of rain crashing on my body; I waited in vain to enjoy the coldness of the rain. The wind grew stronger for a while and spoiled my hair again, I tried to avoid them flowing on my face by swerving my body against the wind. I lost hand of the time it was, I guess I have been walking for too long. I thought of my family back in the tent and decided to go back. I walked a few steps and stopped to wear my sandals. I sensed a presence behind me. At that time, I thought it must be either my imagination or just the result of the wind but there was actually someone. I turned back, let go of my skirt and scrutinized the familiar face in the dark. I did not have to make an extra effort to know that the 'familiar face' was Al. I somewhat sensed his presence when I left my tent to walk on the beach but I dropped this feelings thinking that it must be because I’m craving to talk to him. We needed to talk, that was true. We needed to talk about me, about him, about 'us'. I watched him in consternation for a few seconds, controlled my emotions, faked a curious smile and asked him: “You? At this time? Why?” The answer was stereotypical. Well, I would have said the same thing also: “I’m not asleep, so came out for a walk…alone!"  I caught him looking at me in a weird way. I avoided his gaze and walked. He followed and walked beside me. There were so many things to say, but the pin drop silence said many things we would never say to each other. I enjoyed the silence, much to my dismay. I felt the atmosphere complete now. I wonder what happened to us. Maybe, we were enjoying the calmness and the expressive atmosphere, as words would destroy its purity. But, on the other hand, I was very disappointed with myself. I said nothing, not a word, just a few ‘Hmm’ and some ‘Yeah’ when he shot his silly questions about the food we had or the dress I was wearing, until we were at about a hundred meters away from the camp. My hands moved forth and back slowly as I walked. My right hand hit his left hand a few times. The first time this happened, I withdrew my hands and folded it under my breasts. But then, my uncivilized forelocks forced me to unfold my hands and let them hanging on each side again, so that I could control my forelocks everytime they turned wild. Still no words crossed my lips and he remained bound in his awkward silence too. Maybe words were falling flat and that there was nothing more significant than this moonlit night, the bride-like adorned sky and 'us'. I sensed warmth on my hands and it took me no longer to realize that Al was holding my hand. I breathed. Controlled my composure. Thought of the words I would tell him, but could not compose anything reliable. I let my instinct play the game…again, despite knowing that I am always betrayed by my own voice. I looked at him, trying to find an answer to this action of his. His eyes were blank, or too deep that I could not figure anything his heart harbored. Was that an answer in disguise? But I always fail in reading between the lines. A few more steps until I reach my tent. That tiny moment seemed like ages. My heart was in turmoil, I did not know how to react. His tent was a few steps away from mine, he stopped in front of my tent, let go of my hand, squeezed my right cheek (Like you do to a chubby little baby) and said: “I had a nice time. Good night!” I smiled, not knowing what to say. I decided to say a few things but stopped for fear of not be able to transform my thoughts into the right words. I looked at him, still puzzled, muttered a ‘goodnight’ and unexpectedly kissed him on his cheek, not waiting for his reaction, entered my tent, listened to his fading footsteps and kept thinking about what just happened until the first rays of the sun hit the shore. 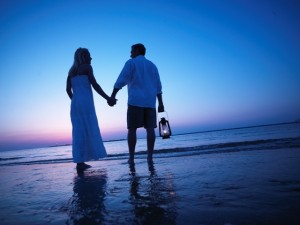